PDF Version 1.1MB
You will need the Adobe Acrobat Reader to view the PDF on this page.


On March 2, a motor coach crashed after exiting at a left-side ramp from a High-Occupancy Vehicle (HOV) lane on Route I-75 in Atlanta, Georgia. The crash resulted in 7 fatalities of the 33 aboard. Early reports from this crash indicate that drivers might exhibit confusion at left-side direct exits from preferential lane facilities on freeways. A survey of selected HOV facilities nationwide by the Federal Highway Administration (FHWA) revealed that there is significant variation in the application of design principles for traffic control devices when applied to a preferential lane facility.

The purpose of this memorandum is to reiterate the current standards for traffic control devices applicable to preferential lane facilities and to encourage uniformity among such devices by expediting conformance with the requirements of the Manual on Uniform Traffic Control Devices for Streets and Highways (MUTCD). Outlined are several enhancements to the required traffic control devices to provide positive guidance to motorists and help distinguish these devices from those applicable to traffic using general-purpose lanes.

We strongly encourage implementation of the current MUTCD standards, along with the additional recommendations prescribed herein by all public and private entities that operate preferential lane facilities. The FHWA is considering many of these provisions for the Notice of Proposed Amendments (NPA) for the next edition of the MUTCD. This NPA would clearly identify the proposed standards, guidance, and options and would provide the public an opportunity to review and comment.

The FHWA will continue to work with the National Transportation Safety Board (NTSB) during its investigation of the Atlanta crash. In the interim, FHWA believes that the recommendations enumerated herein, along with the basic design principles established by the MUTCD, will promote safe, efficient operation of preferential lane facilities. Efficiency of operation will help gain acceptance of preferential lane facilities by the traveling public as realistic options for navigating through congestion. Should you have any questions about this information, please contact Mr. Kevin Sylvester by telephone at 202-366-2161 or by e-mail at Kevin.Sylvester@dot.gov. 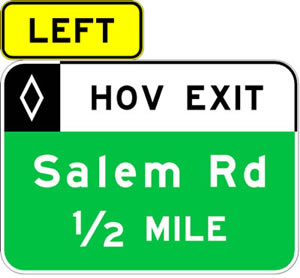 Figure 1. Example of an Advance Exit Guide sign for a direct exit from a preferential lane.

Figure 2. Example of Exit Direction and Pull-Through Guide signs at a direct exit from a preferential lane. 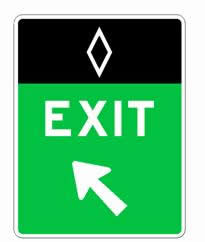 Figure 3. Exit Gore sign at a direct exit from a preferential lane.